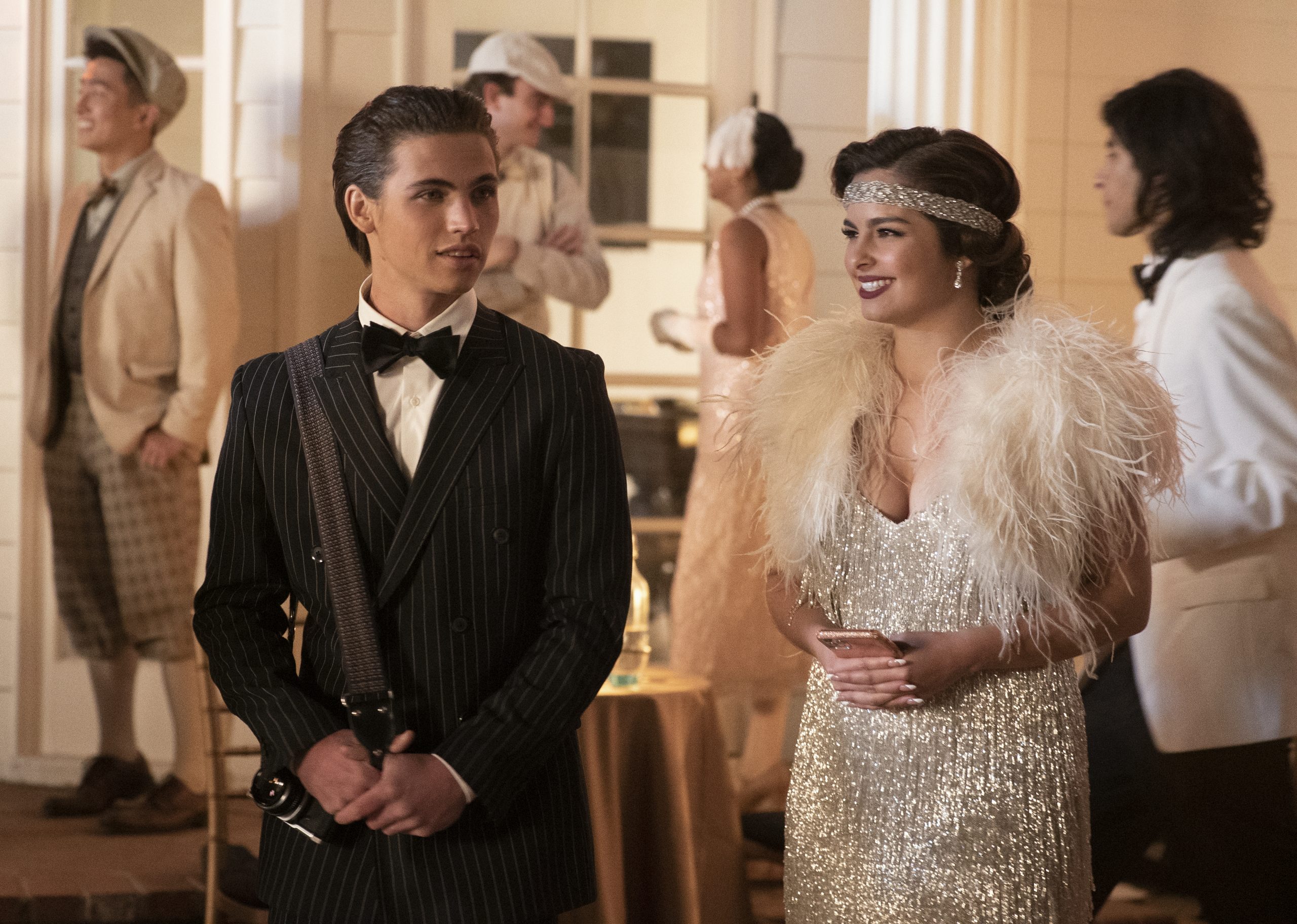 HE'S ALL THAT (L to R) TANNER BUCHANAN as CAMERON KWELLER and ADDISON RAE as PADGETT SAWYER in HE'S ALL THAT. Cr. KEVIN ESTRADA/NETFLIX © 2021

The much anticipated He’s All That is now available on Netflix! For those of you who weren’t born yet, this film is a remake of the 1999 Freddie Prinze Jr./Rachel Leigh Cook teen rom-com She’s All That.

The premise remains similar at its core with a popular high schooler betting they can transform an unpopular kid into prom royalty.

The one major difference is a gender reversal. In He’s All That, Tanner Buchanan takes on the Rachel Leigh Cook role as antisocial Cameron and real-life social media influencer Addison Rae plays one onscreen as Padgett.

Check out our interview with "He's All That" stars Myra Molloy + Annie Jacob!

After Padgett’s breakup with Jordan (played by Peyton Meyer), who feels like a mix of mean girl Taylor Vaughan (Jodi Lynn O’Keefe) and Brock Hudson (Matthew Lilliard) from the original film, she needs to do something to save her reputation and brand endorsement deal.

Being an actual high schooler myself when She’s All That hit theaters, I was excited to see what Netflix would do with this film, and also a little nervous.

Casting Tanner Buchanan was super smart. Not only is he adorable and likable, but he’s also had success with nostalgic material — Cobra Kai.

As for acting newcomer Addison Rae, she played Padgett naturally and her chemistry with Tanner shines through onscreen.

He’s All That is all-around great fun with some over-the-top characters, karaoke numbers, a dance scene, and a Gatsby-themed party that is sure to inspire teens everywhere to throw their own.

Even though Padgett and Cameron are at the heart of the story, they’re supported by a terrific cast including Myra Molloy, Annie Jacob, Isabella Crovetti, and Madison Pettis.

And of course, no remake would be complete without an homage to the original film, which is why Rachel Leigh Cook plays Padgett’s mother and Matthew Lilliard plays Principal Bosch. (Brock Hudson would so not approve.)

Whether you’re familiar with the original or not, He’s All That is the movie to watch this weekend!

For more info and to watch The Kissing Booth 3, go to: www.netflix.com/hesallthat

Review Rating:
 4/5
In this reimagining of 1999’s She’s All That, teen social media influencer Padgett’s humiliating on-camera breakup goes viral, leading her to make a risky bet to save her reputation: She swears she can turn scruffy antisocial Cameron into prom king material. But things get complicated when she finds herself falling for him IRL. 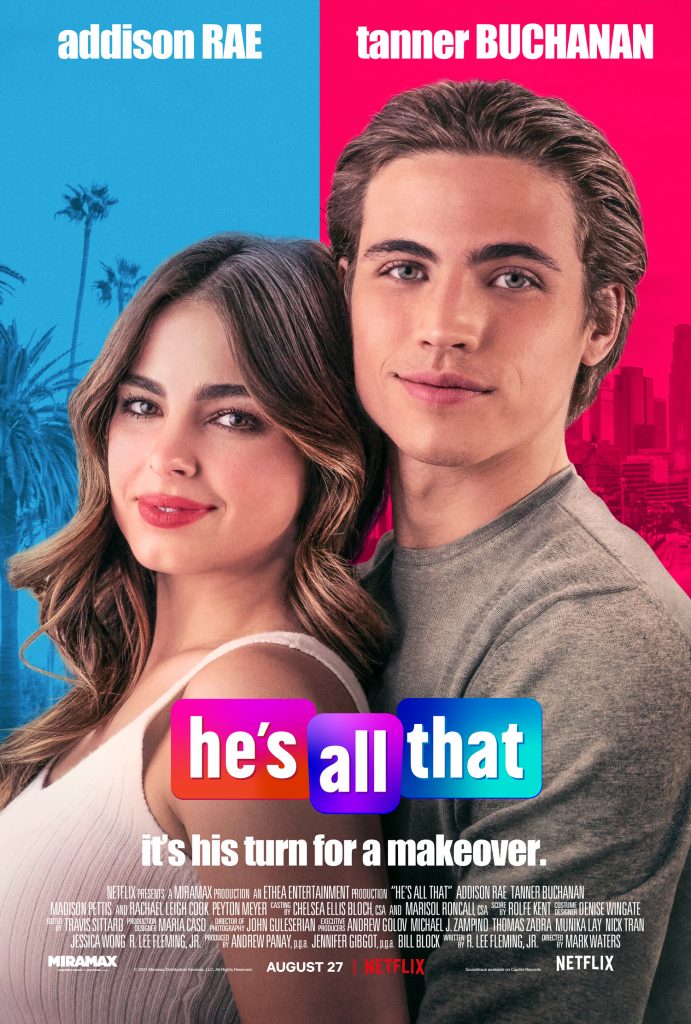