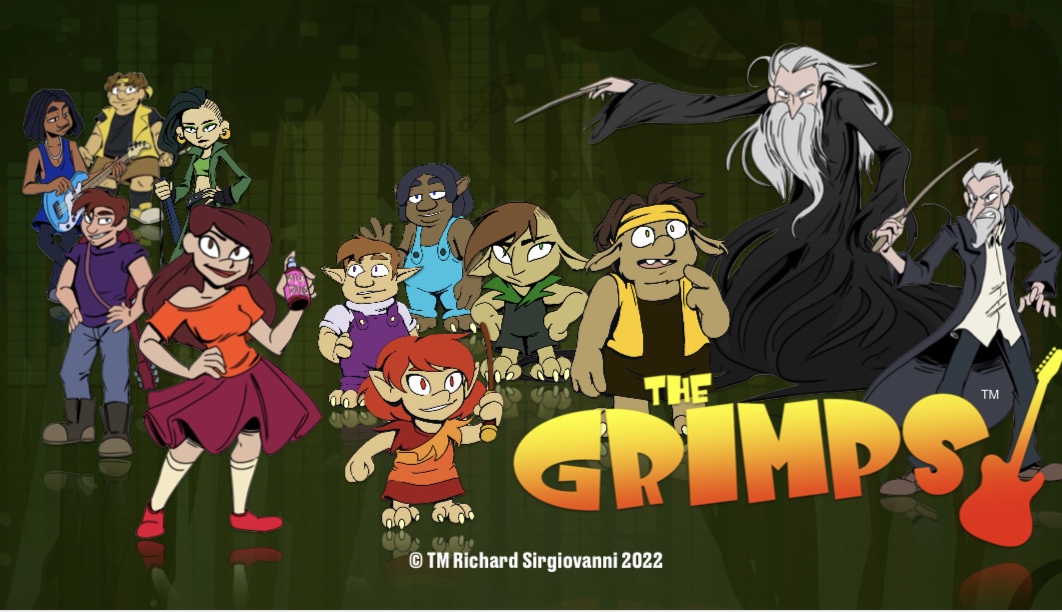 Aimed at kids ages 6-12, The Grimps is an animated musical series in development by Suzanne DeLaurentiis Productions and created by cartoonist and musician Richard Sirgiovanni. What sets this upcoming series apart from other cartoons nowadays is its original music, life lessons, and modern content, but with a throwback feel to fictional bands like Josie & the Pussycats, The Archies, and even The Monkees.

Speaking of The Archies, The Grimps’ original theme song was written by Ron Dante, who was the actual voice of The Archies, famous for the hit “Sugar Sugar”. Richard Sirgiovanni told StarShine in an exclusive interview that Dante hit the “nail on the head” with the song. “I wanted something memorable, fresh, peppy, and poppy as a theme song, but not necessarily the sound of the band,” says Sirgiovanni. The Grimps’ sound is actually still being decided on, but Sirgionanni says it will be contemporary and their music won’t be a kiddie novelty.

Listen to The Grimps Theme Song on SoundCloud!

The Grimps are more than your average animated band though. Long ago, the four musicians were transformed by an evil wizard into hideous troll creatures for all eternity. With the help of a sorceress, aptly named Magic Alex, they find a way to live as human rock stars again – but only at night. While touring the world, The Grimps search for a way to lift the curse so they can once again live as humans forever.

Of course, they meet adversity from Spector, the wizard who cast the original spell on them, who is now in a powerful position as the CEO of a major media corporation. As he furiously realizes that the Grimps are once again going to become the most popular band in the world, Spector and his assistant, a wicked fairy named Joplin, jealously sets out to destroy the Grimps once and for all. 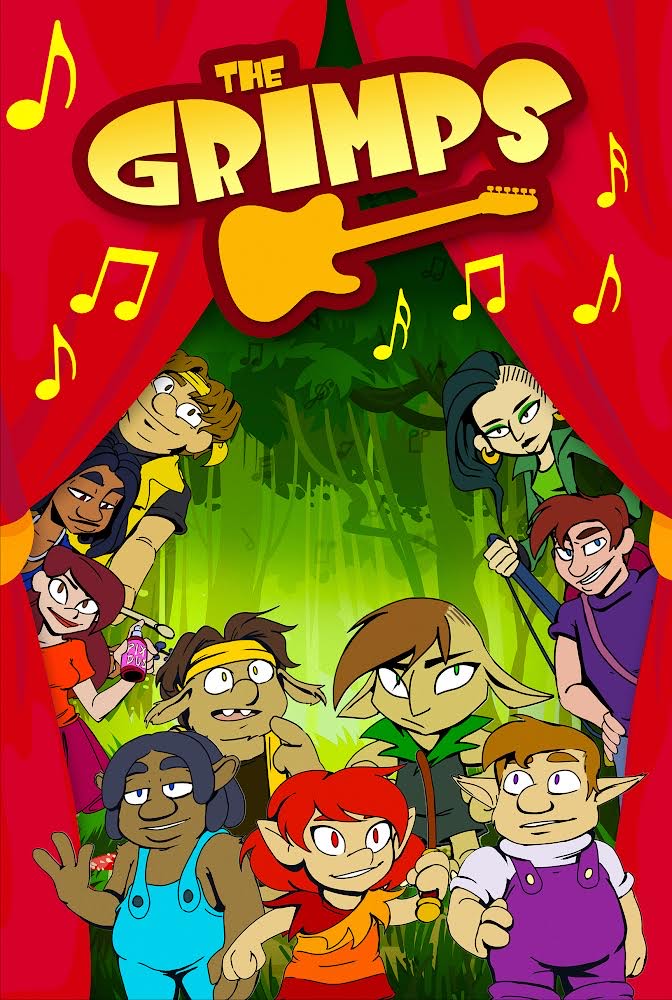 Each episode focuses on a relatable, everyday dilemma that the Grimps face in their lives as musicians and friends: the common problems kids and preteens might encounter as they work, play, learn, and grow together. Whether it’s a disagreement about how a song should sound, broken trust when a secret is revealed, or much bigger antics and arguments as they set off on their worldwide tour, the Grimps constantly face challenges and learn positive lessons as they overcome them.

During our interview with The Grimps’ creator, Sirgiovanni shared with us how he got started in cartooning. “I was an avid comic book reader so I just started to draw and copy characters and pictures. I found a passion for it. I got very interested in not just copying artwork, which helped me learn how to draw, but I also started to create my own characters at a young age.” Parallel to his discovery of drawing, Sirgiovanni found a deep love of music, which he credits to his mother, who introduced him to The Beatles. After his mother passed away, he used drawing and music as ways to cope and get lost in fantasy. At 12 years old, Sirgiovanni took up the drums and went on to play in local bands around New York City as a teenager. One of the many music artists he played with and crossed paths with was Cyndi Lauper.

After graduating from the School of Visual Arts in Manhattan, where he studied cartooning and storytelling under Harvey Kurtzman (co-founder of Mad Magazine) and Will Eisner, (creator of The Spirit comics), Sirgiovanni worked as a freelance cartoonist while simultaneously working in advertising, creating radio and TV commercials and magazine advertisements. “I’ve always had my hands in creative my whole life,” he says before revealing that The Grimps was created out of boredom. “I was ready to create something new. After playing music and doing cartoons for magazines, I said the next thing I want to do is combine those two things. Every episode, based on the theme of the storyline, will produce an original song.” Sirgiovanni went on to say the episodes won’t solely be focused on The Grimps as a band either. “My intention is to make it fun, positive messages for kids without being teachy and preachy.”

The Grimps is currently in pre-production and being pitched to networks and buyers. To follow the series and the band’s journey, check out the website: https://thegrimps.com and follow on social media below.