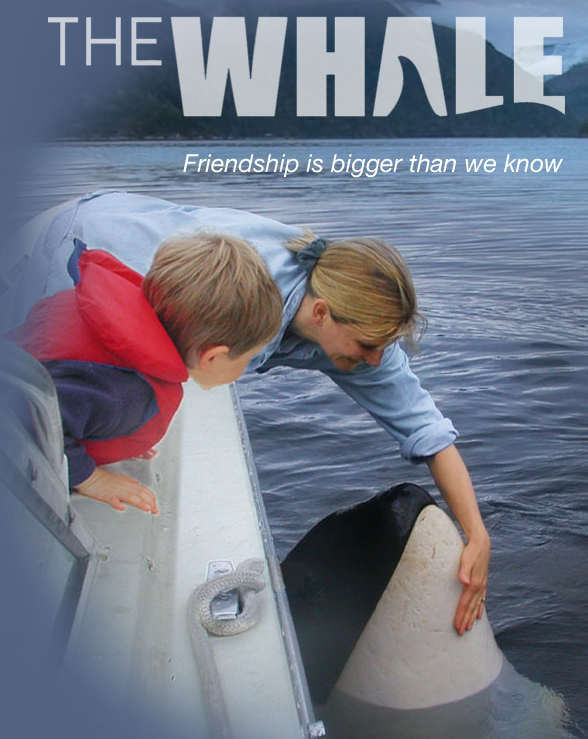 THE WHALE, a documentary produced by Ryan Reynolds, Scarlett Johansson, and Eric Desatnik tells the story of Luna, a baby orca separated from his pod. Luna searches for a new, human family along Nootka Sound, a fjord on the western coast of Vancouver Island.  He begins to make contact with the fishermen, workers and residents by coming up to boats, allowing people to pet him and play games with him.

THE WHALE is narrated by Ryan Reynolds and is directed by journalists Michael Parfit and Suzanne Chisholm, who originally merely telling the amazing story of Luna and his desperate attempt at maintaining some kind of family.  As the documentary shows, both Parfit and Chisholm become involved in Luna’s life as well.  They filmed people interacting with Luna and telling stories how the orca changed their lives.

THE WHALE also brings up the moral dilemma of protecting a wild animal or the people that might be in danger because of that wild animal.  As an animal lover myself, THE WHALE made me realize just how often we humans make important decisions for animals and that more often than not, they don’t have a say in their own life.  Luna, like most people, couldn’t bear loneliness.  He just wanted to be loved and so many people thought it not safe for him or the people of Nootka Sound.  You be the judge.

THE WHALE will be released September 16th.  For more information, go to: www.thewhalemovie.com and watch the trailer: http://youtu.be/zrrVDQEz5L0.