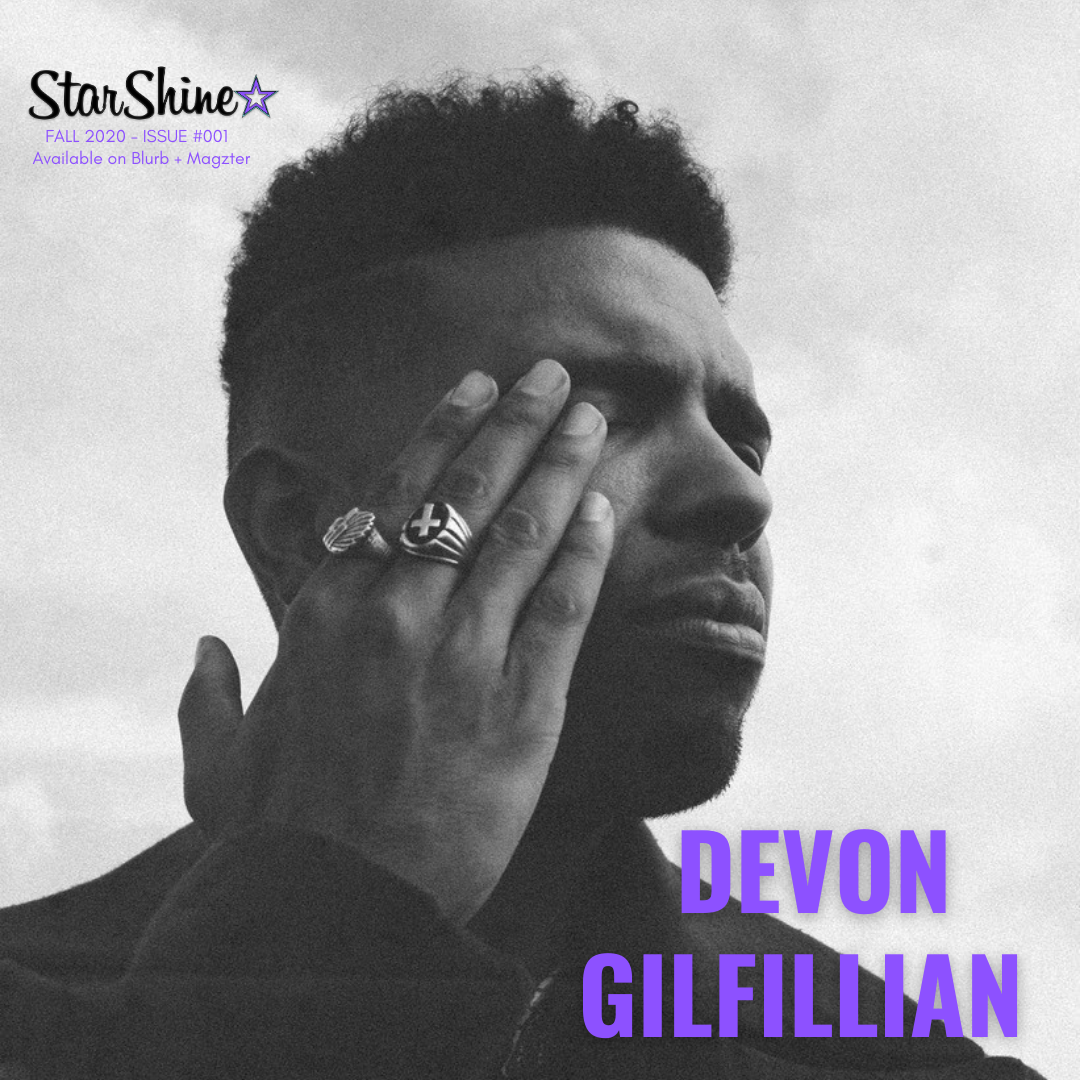 Full of raw soul, Devon Gilfillian’s lyrics tell stories of tragedy and triumph in such a beautiful uplifting way that his entire debut album, Black Hole Rainbow is a manifesto about bettering our own lives. Devon shared his song stories and what it means to be a black music artist in 2020 in StarShine’s fall issue, which is available now on Blurb and Magzter.

Devon also let us know what to expect from his next album.

“With the next record, I want people to get down to some afro-beat jam or whatever gets people moving. Some stanky club. You’re cooking some dinner with your boo-boo thing and then later on the B-side it goes into sexy mode. Like Marvin Gaye’s “What’s Going On”. You can dance to it, you can make love to it, and also, it’s got a great message.”

Speaking of What’s Going On and new music, Devon actually just announced he will be releasing a  cover album of Marvin Gaye’s iconic 1971 album on October 22nd. Check out the first single “Mercy Mercy Me (The Ecology)” out now.

For Devon Gilfillian’s feature and more entertainment exclusives, check out the fall 2020 issue of StarShine Magazine available at the links below.

Steve Durland Talks Becoming a Filmmaker and “The CONsequence”