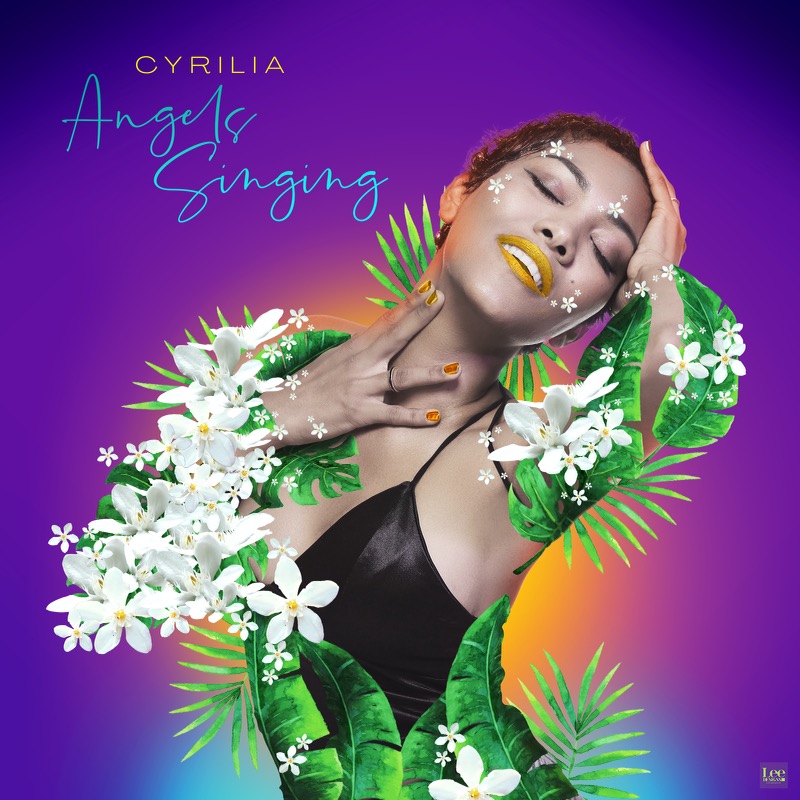 Cyrilia Lopez, who goes by the stage name Cyrilia, is genre-bending, singer-songwriter and performer from Trinidad-Tobago whose voice channels the multi-cultural history of her homeland: Indian, Spanish, African, British, Chinese, and French.

Recently, she wowed baseball-lovers singing The National Anthem at the L.A. Dodgers  game and her single “Angels Singing” is out now.

How did you get started in music?

Music is kind of the backbone part of the culture of the islands, of the Caribbean–that’s where I’m from so it’s sort of inevitable to become part of who I am and part of my identity. I did, however, decide to pursue music seriously after 2014 when I got accepted to tour parts of Asia with a 7-piece Latin band and I was like wow this looks like it’s going to be an actual career you know so yeah.

What was your favorite part of Asia?

I loved Vietnam. First, for the people and then for all of the delicious food!

What an amazing experience to be able to tour other parts of the world… and now you get to do it in the U.S.!

Yes! I’m very lucky. I’m not sure if you guys know this, but the U.S. is the entertainment capital of the world. All of the big movies are here and where all of the biggest artists in the world are from. That’s where the dreams are. So I’m really honored to be here.

I heard you blew it away singing the “National Anthem” at the Dodgers game the other night. How was that?

That was spectacular. The initial thought that popped into my head as soon as I finished was “Thank God I didn’t mess up the lyrics!” I wasn’t even concerned with my vocal delivery at that time. [lauhs] I was practicing it for two months! But I can’t wait to do it again.

Tell us about your new single “Angels Singing” and what inspired it.

We live in times now where women are speaking up, even more than before. Or at least we’re seeing now more because of social media. So the essence of the song is me taking control of my femininity and not shying away from that. People assume being feminine means being soft as well, but it’s not just that. It’s about knowing what you want, saying what you want, and owning your sexuality and sensuality. That’s what the song is about and it’s divinity–I think it’s a divine thing to be feminine.

Your music is described as genre-bending. How would you describe your sound to people?

I would say as ethnic as I look is just as ethnic as my sound is. You know, like a pot of gumbo? That’s like my music. You get a bit of everything. When you listen to the radio, you don’t just hear one style, you get a plethora of music that comes through and I hope people get that from my shows.

Can we expect more live performances coming from you soon?

I can’t say too much, but there is an awards show that I have been invited to. I have performances coming up for sure. Anyone who wants to book me, reach out!

What would you like to say to all of your fans and future fans out there?

Be yourself. Be authentic. And be kind. Be kind to yourself and be kind to others.

Screening of Documentary “Cover Me: The Path to Purpose” in Los Angeles Has Moving Impact on Guests