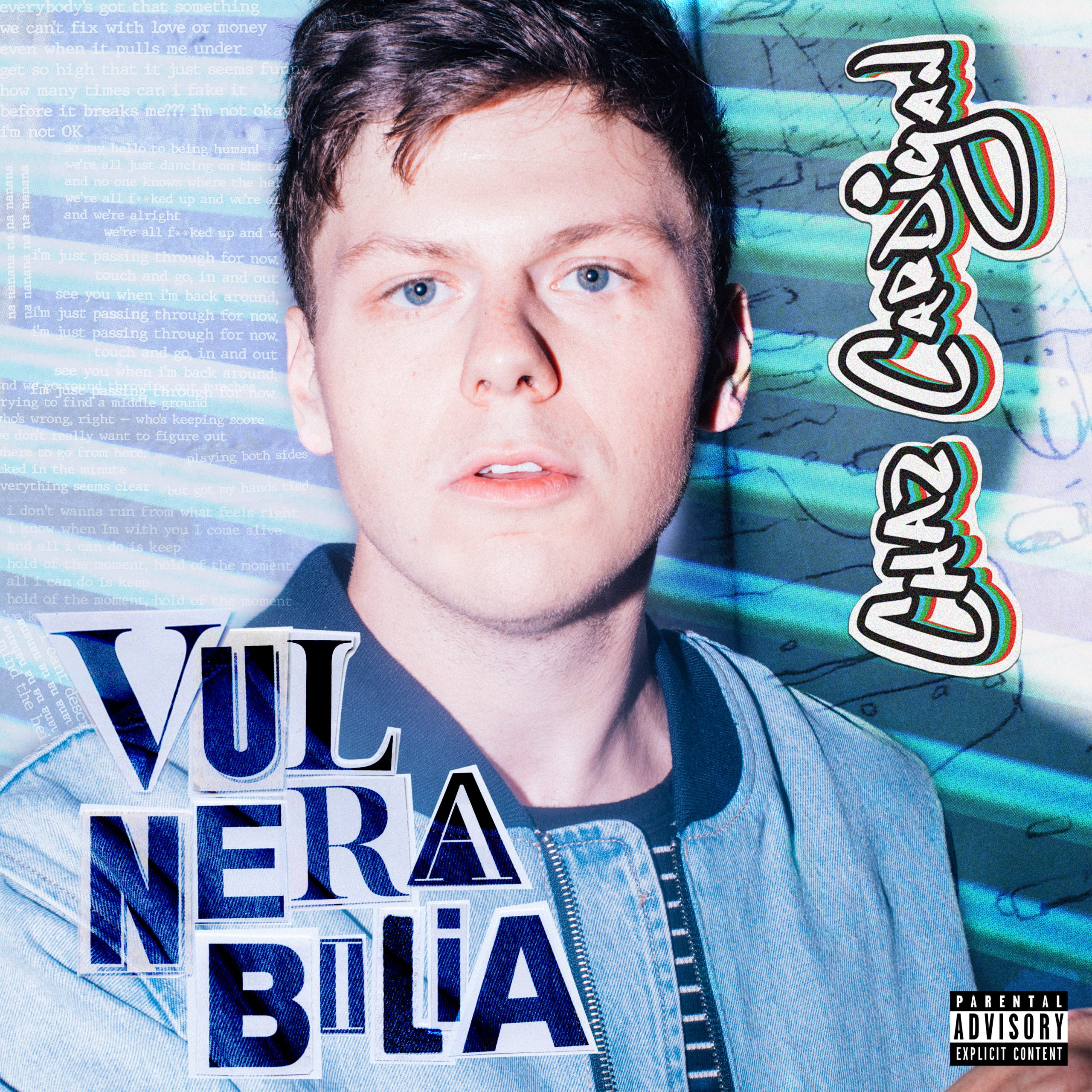 Buzzworthy artist, Chaz Cardigan released his 5-song EP Vulnerabilia on Loud Robot/Capitol Records this week. Along with the album release, which Chaz produced himself, tour dates were announced both as a headliner as well as dates supporting labelmate Barns Courtney. (See dates below)

The first single off Vulnerabilia is “Not OK!”, which StarShine Magazine chose as a weekly song pick last month. “Not OK!” is an anthemic track about being imperfect. The song is somehow uplifting as we scream along with Chaz, admitting that we’re all not OK!

The next track, “Being Human” continues on with the celebration of humanity. “So say hello to being human/We’re all just dancing on a timeline/And no one knows where the hell we’re going/We’re all f*cked up and we’re alright,” Chaz sings on the chorus.

As a prelude to the third track on the EP, “Tightrope”, “Being Human” mentions the word, making Vulnerabilia feel like a perfectly planned piece of art with each song telling more of the story.

“Tightrope” slows down the tempo and while the first couple of songs are basically throwing it all away and owning our flaws, this one is about love and how one person can change everything and bring meaning to those little moments in life.

“Throwing Punches” delivers aggressive lyrics that cut deep. Chaz sings each line like what inspired them is happening as he’s saying them. Once I found out it was inspired politics, that made sense. We can’t escape politics these days.

“‘Throwing Punches’ came from feeling incredibly drained by politics, and how everyone’s always fighting about these very surface-level things rather than dealing with systemic issues or root causes,” explains Chaz. “I was working with Jamie Lidell and at one point he said to me, ‘This song should make you feel like you’re actually in a fight.’ So I went home and rewrote it all from scratch, playing with a lot of really extreme, industrial-type sounds I hadn’t tried before. Because of all that, it ended up being my favorite song on the whole project.”

“Come bust my lip/I’ve been so over this/Put me in a coma so we’re okay/Tryin’ to hold my breath doesn’t change a thing/Shoot me for fun/I’ll even hold your gun.” — “Throwing Punches”

Slowing down and softening the tone once more, the final track on Vulnerabilia is “Passinthru”. The song could be interpreted in a few ways with elements of existentialism and depression.

The title for Vulnerabilia was taken from a portmanteau Chaz dreamed up after completing his annual silent retreat at a monastery. Not only did Chaz produce the EP, but he also played every instrument on it. Chaz’s music is easily dubbed pop with deep layers of introspection that is simultaneously entertaining, relatable, refreshing, and heartbreaking.

Life events like coming out to his parents and briefly being homeless helped shape the songs on Vulnerabilia.

Recently, Chaz was featured on the soundtrack for To All The Boys: P.S. I Still Love You with another new original song, “As I’ll Ever Be”. (The song is played during Lara Jean and John Ambrose’s dance at the Star Ball.)