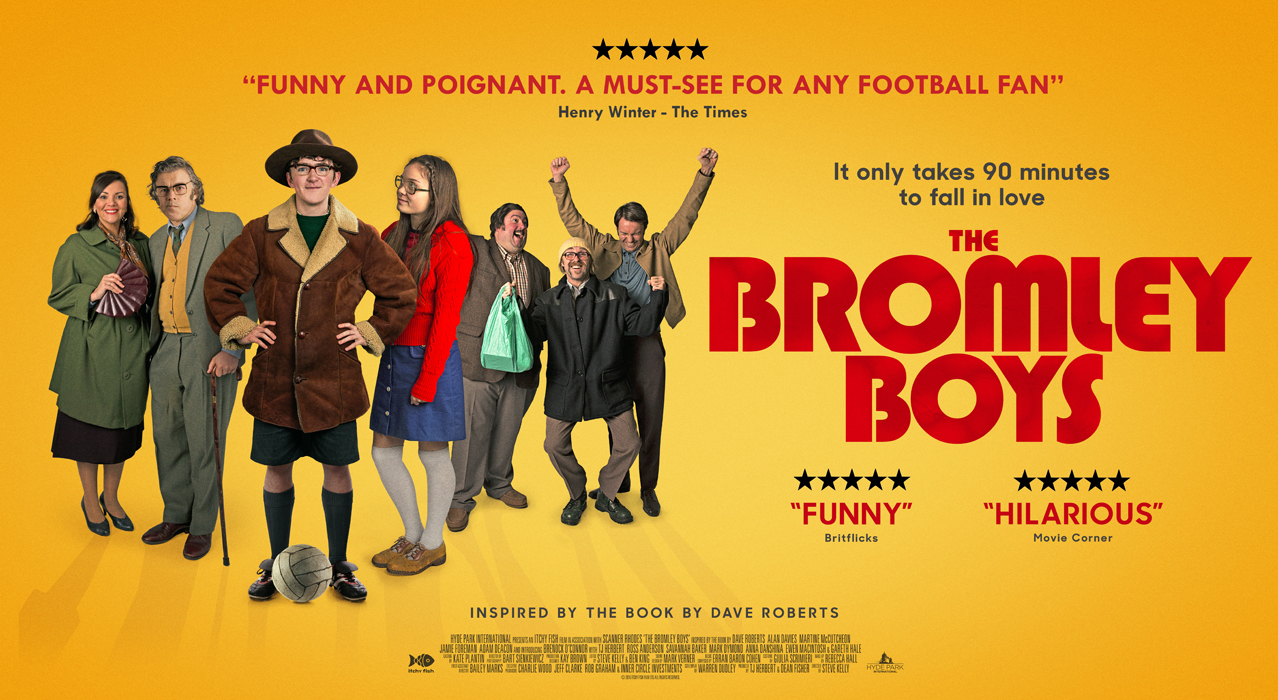 Based on a novel by Dave Roberts, The Bromley Boys stars Brenock O’Connor (Game Of Thrones) as David, an obsessed football fan, (us Americans would call it soccer), growing up in England in the late sixties.

David is an awkward teen with unwavering devotion to the Bromley FC team, who have been on a severe losing streak.

His football love hasn’t scored David any points with his father, who banned the sport from his house while his mother secretly supports her son’s passion.

Seemingly a loner due to his obsession, David tries his hardest to become friends with the Bromley FC fan club, made up of three just as awkward (if not more so) grown men: Derek, Roy, and Peter.

After a chance meeting at a cafe, David finally succeeds at getting the super fans’ attention. However, it comes with a catch. He’s basically coerced into a form of protest to rid Bromley FC of their current manager, Dick Ellis.

From then on, David finds himself embroiled in various situations that put him solely responsible at changing the fate of Bromley FC as well as his own life as he meets Ruby, the daughter of the team’s chairman.

David makes his dream come true by meeting his hero, Bromley’s star player, Alan “Stoney” Stonebridge, and being part of the team’s inner circle, but he also learns there is more to life than just football … even if football will always be #1 in his heart.

The Bromley Boys is all dry, awkward humor and passion. Personally, as a fan of many things, football not being one of them, I found myself relating to David more than I could have imagined.

There is usually one thing in life that gives us hope, brings out our passion, and it’s something we can turn to on a bad day. There is nothing wrong with that as long as we don’t forget about the people that matter to us along the way. This film reaffirms that life lesson within a heartwarming coming of age comedy.

The Bromley Boys is now available VOD. Watch it now on Amazon Prime or wherever you stream.