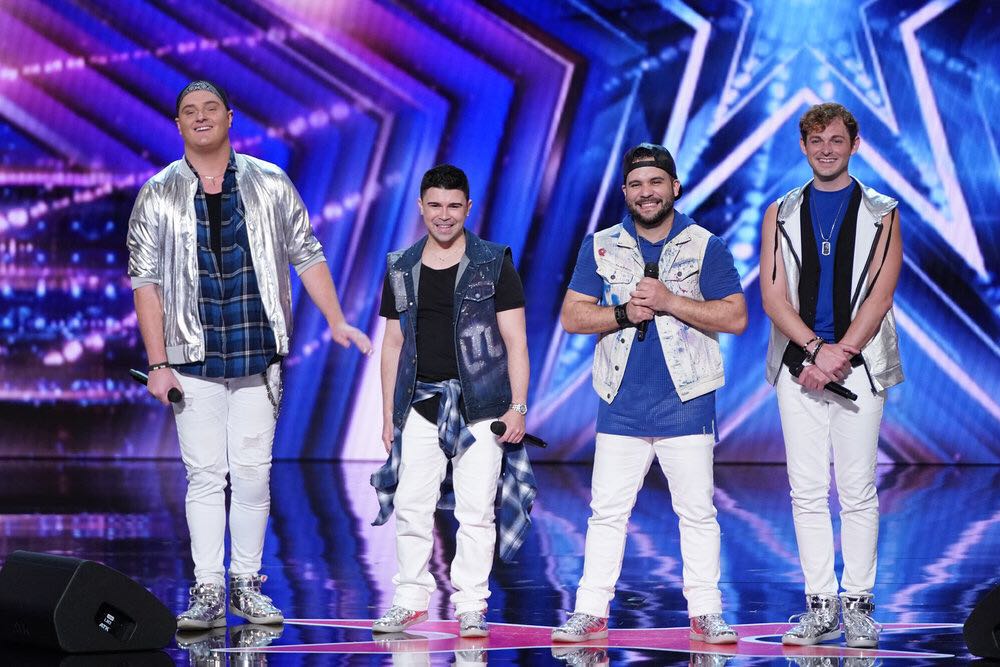 Larger Than Life, a boy band tribute show that performs at parties, corporate events, and concerts around the U.S. appeared on “America’s Got Talent” Tuesday night. The group, who is made up of Edvin Ortega (“Orange Is The New Black”), Chris Jehnert (Lifetime’s “A Predator Returns”), Price Troche, and Dan Kiernan, were scouted out by AGT producers who have actually been asking them to appear on the NBC television show for a while now.

Larger Than Life, affectionately known as LTL to their fans, are always up for new experiences and exposure so they agreed to be on AGT and received positive feedback throughout rehearsals and the entire experience. It wasn’t until they performed on-air for judges, Simon Cowell, Sofia Vergara, Heidi Klum, and Howie Mandel, that they realized they were being set up to be ridiculed for the sake of television.

AGT host Terry Crews cheered the group on from the sidelines while Heidi Klum lauded them for their high energy and stage presence. Of course, Simon Cowell, true to his brand, wasn’t as favorable to them, telling them to “give up”. But the joke’s on Simon — Larger Than Life has been successfully performing for crowds, even sharing the stage with members of *NSYNC, 98 Degrees, and O-Town, the latter of which they’re opening for this summer.

Go behind the scenes of Larger Than Life's "America's Got Talent" Experience!

“We’re still grateful for the experience and exposure that America’s Got Talent provided, but we were really blindsided by the judges’ comments on our performance and don’t feel it represented what Larger Than Life is about,” says founding member, Edvin Ortega, who also had a similar experience when he auditioned on American Idol years ago.

The judges were under the impression LTL were presenting themselves as a new boy band just coming onto the scene when in reality, they’re a group of tribute performers that tour the country doing covers of ‘90s pop to hungry nostalgic crowds that attend multiple shows and follow the band on social media.

Aside from the judges’ comments, LTL said their microphones weren’t working in the interview portion of their appearance and the questions they were asked by the judges were nothing that the show rehearsed with them.

Taking the experience in stride, LTL is thrilled for all of the success they’re having with their live shows. Their tribute show is booked throughout the entire summer.