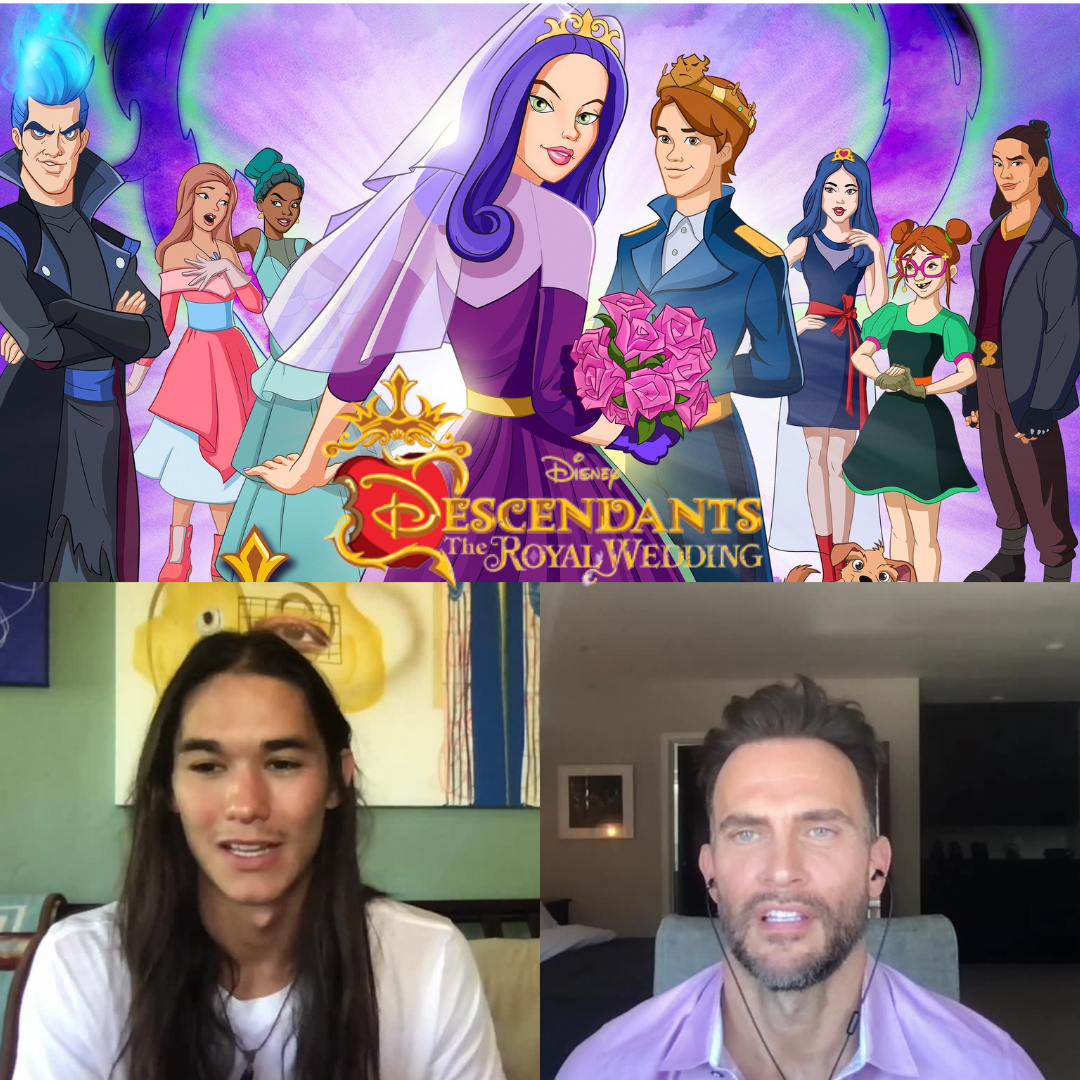 The Disney Channel Descendants film franchise has been a hit since the first movie premiered in 2015. Young girls have been dressing up as Mal and Evie on Halloween ever since! With awesome musical soundtracks and choreography, Descendants 1, 2, and 3 were an event to look forward to and reached beyond its young target audience!

Descendants: The Royal Wedding will be released tomorrow and this one invites viewers to Auradon’s most anticipated social soiree —Mal and King Ben’s wedding. Happily-ever-after continues for Auradon’s power couple as they prepare to say “I do” at an epic celebration with their friends and family, but Hades threatens to ruin it all.

The animated special will feature a brand new song, and the original Descendants cast is set to reprise their roles including Dove Cameron as Mal, Sofia Carson as Evie, Booboo Stewart as Jay, Mitchell Hope as Ben, Sarah Jeffery as Audrey, Melanie Paxson as Fairy Godmother, China Anne McClain as Uma, Jedidiah Goodacre as Chad, Anna Cathcart as Dizzy, Dan Payne as Beast, Bobby Moynihan as Dude the Dog and Cheyenne Jackson as Hades.

StarShine recently spoke with Descendants: Royal Wedding stars Booboo Stewart, who has played Jay in all four films, and Cheyenne Jackson who joined the cast as Mal’s father, Hades, in Descendants 3.

“Our job was to recreate these characters only using our voice and our imagination,” shared Cheyenne Jackson (also known for his roles in Julie & the Phantoms and Call Me Kat). “It was a challenge, but it was really fun.”

Twilight star Booboo Stewart added: “Once you tap into the voice again, it kind of sits nicely and you remember, oh yeah, I know this person.”

When asked how their characters have changed throughout the series, Cheyenne made it clear that Hades still has a villainous touch inside of him.

“Even though he gave Ben and Mal his blessing at the end of the third [film], that doesn’t mean he’s not still a drama queen and takes the day for himself. He loves to be the center of attention.” Cheyenne added that Hades has evolved from the last film though. “He’s letting himself love.”

As for Booboo’s character Jay, we’ve seen him start out as the arrogant out-for-himself son of Jafar, but he’s grown into a team player and real best friend.

“Jay was very self-centered,” Booboo admits. “Throughout the series, he’s become like the older brother of the group. He was me, myself, and I through and through and now he puts himself last and protects his loved ones.”

Find out if Booboo + Cheyenne ever stole anything on set in our full interview with them on YouTube or stream our podcast!

Listen to the interview on the StarShine Magazine Podcast!