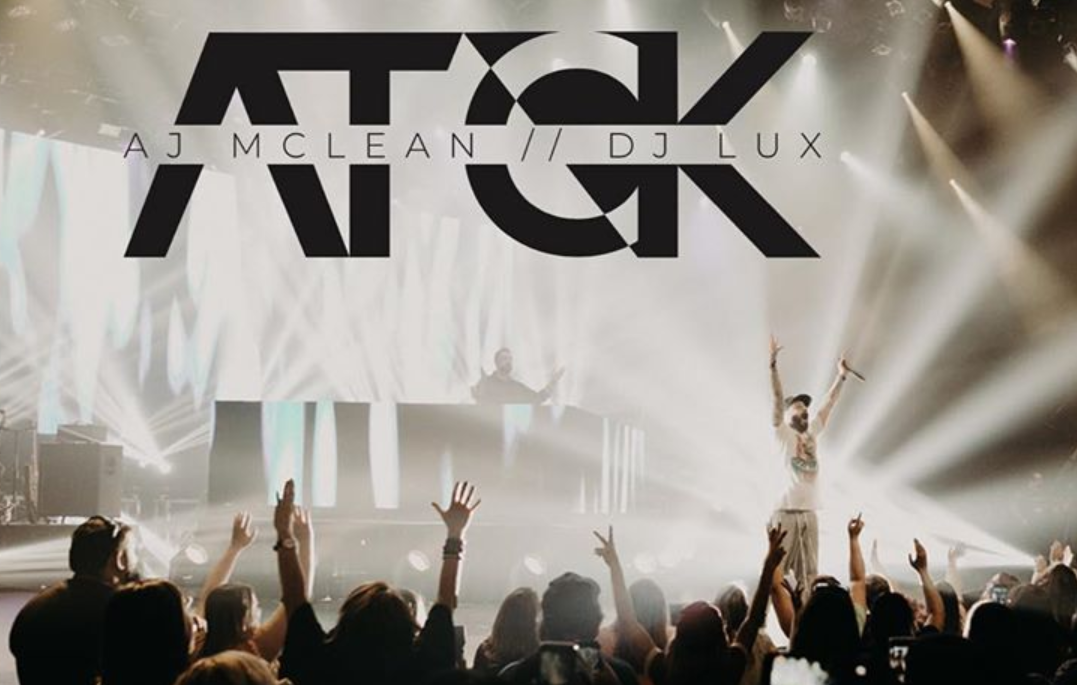 ATCK is the musical love child of Backstreet Boy AJ McLean and music producer Brandon Mashburn, who goes by DJ Lux. The EDM duo has been working together on AJ’s upcoming solo country album, which will be released this year.

“Spending a lot of time in the studio together, we just found this natural common interest in dance/EDM music,” DJ Lux explained in a recent interview with StarShine Magazine. Lux, who serves as the executive producer of AJ’s country album, describes ATCK as EDM meets Black Eyed Peas 2020.

ATCK, which stands for All The Cool Kids, performed several dates in January around the U.S. “An ATCK show is never the same twice,” Lux muses. “Every night we start off with the same concept and setlist and music we know we wanna play. You’ll hear some originals. You’ll hear some covers. As a DJ, I also do remixes as well and so you’ll hear some of my remixes of big songs that have been out over the last year. From there, it’s anything!”

As for ATCK’s other half, Lux says you never know what to expect from AJ McLean. “He’s in the crowd, on the drums, playing keys … it’s 60 minutes of nonstop excitement.” Accompanying ATCK on stage was a drummer and featured artists Francisco Yates and Kendra Henderson.

When asked about the Backstreet Boys fans, Lux said they’ve been welcoming and generous to him. “Anything that AJ does, [the fans] are very supportive and loyal to him,” he explains. While Lux thinks some fans are excited at shows to just see AJ, he can tell who in the crowd is really enjoying the music. He says the music is a different experience for BSB fans since it’s an edgier, more aggressive type of pop music.

“The fans have been very good to me and started messaging me and following me,” Lux says humbly. “They’re trying to figure out what I’m doing and learn a little bit more about my history. So I think those are indicators that we’re starting to transcend and that everybody is starting to get it.”

The first single from ATCK is called “Hurts To Love You”, which AJ and DJ Lux wrote with Carly Paige. The song is currently only available on SoundCloud. While there are definitely notes of EDM, the song is still a pop song featuring gorgeous vocals.

Listen to “Hurts To Love You” below!

When asked about the duo’s name, Lux revealed AJ originally came up with it and they wanted it to mean that everyone is a cool kid. “This project breaks down the barriers of gender, race, social status, it doesn’t matter. We’re all in this together. We’re just one big happy family having fun.”

Stay tuned to ATCK’s Instagram for show dates and music announcements. DJ Lux assures us there will be lots more to come. Ending the interview with a “here’s to the future” victory shout, DJ Lux also teased at big projects he’s working on that he is unable to reveal yet as well as a “body of work” he will be releasing with ATCK.

Video of the Week: Steve Aoki ft Backstreet Boys - "Let It Be Me"