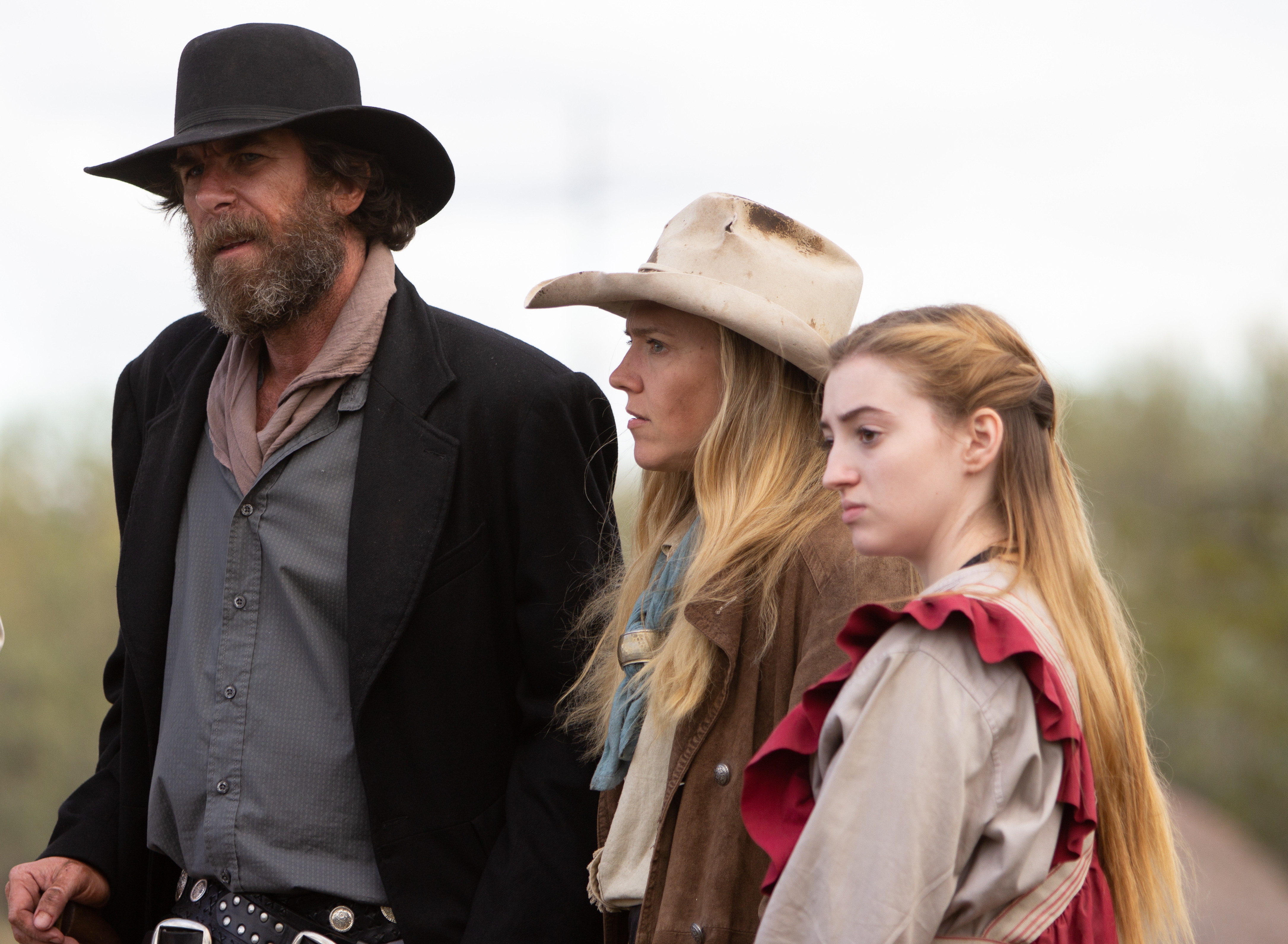 Teen actress Anna Harr is best known for scaring the bejesus as the title character in Bethany. Other notable films are Stasis, Krampus Origins, and The Curse of Sleeping Beauty.

Her latest film is the western thriller, Eminence Hill starring Lance Henriksen, Dominique Swain, and Barry Corbin. Unlike some of her roles, Anna isn’t the one doing the terrorizing. Instead, her character gets kidnapped by outlaws and she winds up escaping to a cultish town. 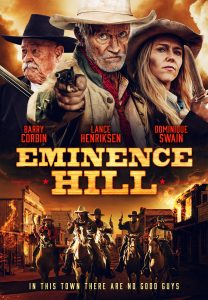 Eminence Hill is in theatres on November 1st and OnDemand and DVD on November 5th. Check out our interview with Anna Harr!

Why don’t you tell us a little bit about Eminence Hill and your role in the film?

I play Ruth in Eminence Hill and basically, the storyline follows this group of outlaws who are seeking revenge because the leader of the group — his name is Royce (Clint James)– his brother was hung because he committed a crime. So basically they’re trying to find the jury and kill everybody. My father sat on the jury so they come to my house and they kill my mother and my father. They end up kidnapping me to sell me. And I basically escape and stumble upon the town of Eminence Hill and that’s kind of where all the characters meet up and the story unfolds from there.

What was it like working with the cast and crew on this film?

I had worked with about probably like 65 percent of the cast before so it was really nice. It’s really easy working with people that you’ve worked with before because you know how they are, how they act, and you know, how they portray their characters so you can get stuff done faster and way easier and more comfortable. But the same with the crew … I had worked with a lot of the crew, like Barry the D.P., of course, I’ve worked with Robert Conway before and yeah, so that was pretty simple. It’s just kind of like a family reunion.

That’s awesome! How did you prepare for this role?

Well, I didn’t do anything out of the ordinary. I got the script kind of late. I went over it a few times and I memorized my lines and if Robert asked me to fix something, of course, I fixed it. But there’s nothing really too out of ordinary in that sense.

Did you watch any westerns before being in Eminence Hill?

I’ve watched some clips of western movies on YouTube, like ones that Barry Corbin and Lance Henriksen have been in. But honestly, I never really watched any kind of western before so I had no idea what I was getting into. I’ve done a western a long time ago, but it was a short and I don’t really count it … So this is like my first feature western, but I mean it’s interesting on set because there’s a bunch of great actors and everything is old-fashioned and everything like that, and there were horses were on set.

You’ve done a lot of horror films in your career so far. Was Eminence Hill a different vibe for you?

Yeah, it was. Normally when I do the horror films I’m the person who everybody fears. I never really played the victim so that was really different because I’m just used to going around and scaring people on set for horror films. And Eminence Hill’s whole vibe is just completely different, but I like how they’re different, you know? You get some variety, not just the same stuff over and over again.

Has anyone ever told you when you’re doing the horror films that you’ve given them nightmares?

Oh yeah, a lot of the time because I can do The Exorcist walk down the stairs. I watched The Exorcist when I was 12 and I wasn’t allowed to watch it, but I got it online and I didn’t tell my parents I was watching it. I learned how to do the spider walk down the stairs. So when I do that, that freaks people out. And I think some of the characters that I’ve played have creeped a lot of people out … But yeah, people have told me that I’m just like a really scary little girl. I’m just like ‘Ok, thank you I guess’.

Well, that should be a compliment to your acting! Do you have any other upcoming projects you can talk about?

I have been working on this feature called Patsy Lee & the Keepers of the 5 Kingdoms for the past year now. We’re almost done with that. That is directed by Zack Ward. I love Zack, I’ve worked with him a few times. That’s kind of like a teen action fantasy movie. It’s a really cute movie. It’s completely different from Eminence Hill. It’s like a family-friendly kind of movie so that should be coming out sometime next year. They’re not really sure yet. Then I also have a few more upcoming projects. I don’t know how much I’m allowed to say about them without getting in trouble, but I do have stuff on the way.

In a few sentences, tell people why they should see Eminence Hill.

Eminence Hill is different from other kinds of westerns because there are so many different layers with the storyline. Normally movies usually follow one specific character, you know? It’s just a lead. With Eminence Hill, there are tons of different characters. You have outlaws, you have the people of Eminence Hill, and you have Quincy and Carson. So there are just so many different storylines and I think it makes it interesting. There’s just more to look at, and there’s more to learn about the characters, and it’s just all written very well. Robert Conway did a really good job of writing it. I think it’s going to be a good movie. I haven’t seen it yet, but I’m really excited and I’m also very nervous.

Movie Trailer: The Woman In The Window Starring Amy Adams