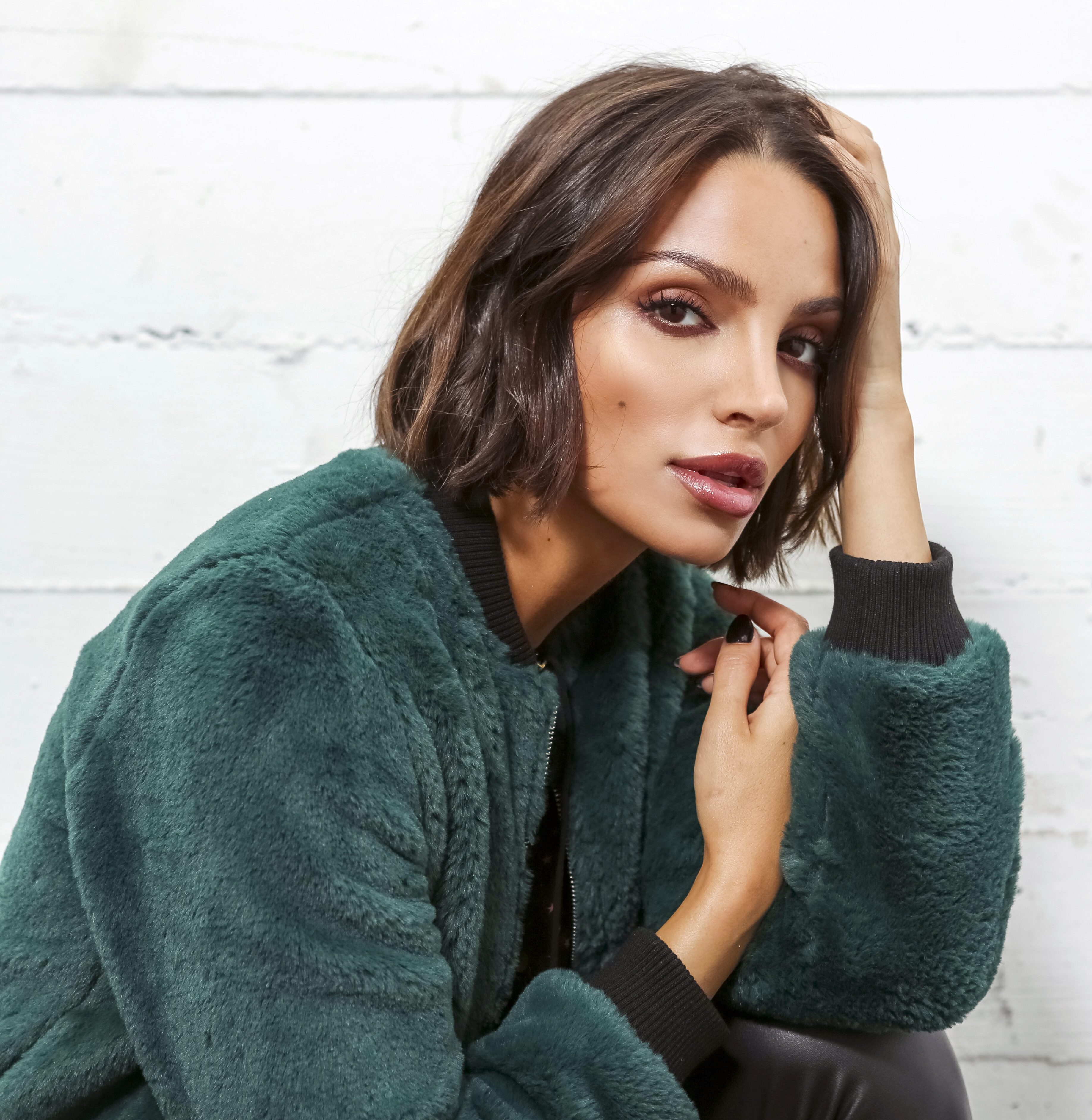 Actress Nadia Gray has some impressive credits on her IMDB page, including working opposite Will Smith in Netflix’s Bright and playing Hayley on Days Of Our Lives. With the new fall TV season underway, you can now see Nadia in courtroom drama All Rise on CBS starring Simone Missick (Marvel’s The Defenders), Marg Helgenberger (CSI), and Wilson Bethel (Daredevil, How To Get Away With Murder).

Nadia plays Ria, the model and aspiring brand ambassador girlfriend of deputy district attorney, Mark Callan (Wilson Bethel). We had the chance to chat with Nadia about her new series which airs Mondays at 9pm/8c on CBS.

Hi Nadia! Thank you for taking the time to answer some questions for StarShine! We’re excited about your new show All Rise. What can you tell us about your character Ria and what’s to come this season?

Thanks so much for having me! My character Ria is a model who’s very strong-willed and speaks her mind. Mark and Ria are smitten kittens but we’ll have to see how it plays out!

Do you have any similarities to Ria?

Definitely! She likes to poke at Mark in a way that challenges him, and I definitely do the same with my husband. Hard to say if he enjoys it, but I sure do!

How do you prep for a scene?

All Rise is super fast-paced, so you’ve really got to know your lines and the structure of the scene to make sure you’re not holding anyone up. And for my character Ria especially, it’s important to rehearse with Wilson, so our vibe together is grounded and we’re moving in sync.

What’s the major difference between working with the cast and crew on a show like All Rise versus something like Days Of Our Lives?

Wow, they’re so different! Days is also a fast show but in the sense that we had to get through so many scenes in a day because they literally have new episodes 5 days a week. All Rise is fast-paced dialogue, but we have the gift of time to rehearse and work out all the kinks as we go. You’re a big advocate for animal rights as well as women’s rights. Can you tell me more about that?

I’ve always been passionate about animals for as long as I can remember! My dad loves telling this story that when I was 6, we walked into a Fuddruckers for lunch and I saw a hanging slab of dead cow in the window and I refused to eat there anymore. I also insisted on drafting and sending them a strongly worded letter … I don’t think I ever heard back. Beyond that, I’ve had pets my whole life and I’ve got two dogs, Mary Jane, a min-pin and Billie, a German shepherd that are legitimately my children. I don’t know what I’d do without my girls and there’s isn’t anything I wouldn’t do to keep them happy and give them the best quality of life. I really appreciate foundations like ASCPA and the Humane Society.

As for women’s rights and issues, they are always deeply important to me because, in my opinion, it should be for everyone. I just believe in equality for every human. We have such a long way to go but the conversations and debates our culture are having right now is so incredibly vital to eventual change, so I feel hopeful.

If you could guest star on any TV show out right now, which one would you pick and who would you want to do a scene with?

Ahh, too many awesome shows to pick from! I do love me some horror though and I’ve been in love with American Horror Story since the first season. My brain would totally break if I got the chance to guest on their new season 1984. All the cast is incredible but Billie Lourde is hysterical and seems like a lot of fun!

If you could sell All Rise to us in a thirty-word elevator pitch, how would you encourage us to watch it?

All Rise is a new legal drama that follows the lives of judges, prosecutors, bailiffs, and cops all fighting through a damaged legal system, trying to get justice for the good people of LA. What makes it so special and unique are all the relationships the show digs into! You’ll laugh, you’ll cry, and you’ll love every minute of it!

Watch the trailer for All Rise!

Quirky Comedy ‘Dead Pixels’ is Everything You Never Knew You Needed!