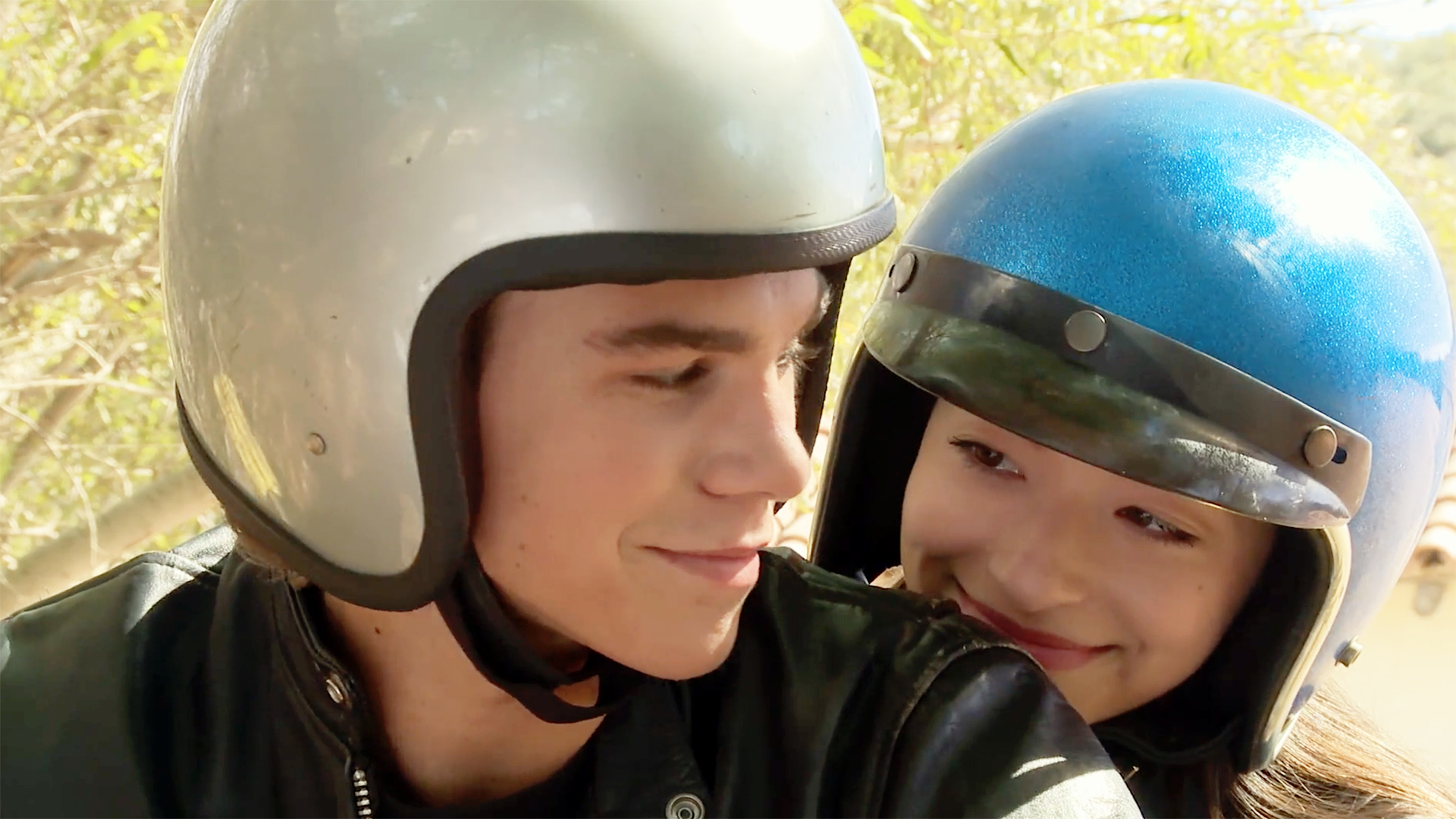 Sean H. Scully stars in the romantic film, Liza, Liza, Skies Are Grey opposite Mikey Madison (Once Upon a Time…In Hollywood) and directed by Oscar-winner Terry Sanders.

With a face that somehow makes you feel like you’ve seen him somewhere before, Sean delivers a solid performance in his first leading role as Brett, a motorcycle-riding teen in 1960’s California who wants to enjoy summer with his first love, Liza (Madison).

You made Liza, Liza, Skies Are Grey in 2015. Where were you in your career when you filmed it?

I filmed Liza, Liza, Skies Are Grey when I was 17. So, I was just starting out in my career. The only two projects I had before then was a little costar role on this pilot called Super Clyde which starred Rupert Grint. And then I also had a supporting role in an independent film called Cassidy Way.

Liza, Liza, Skies Are Grey was kind of like a turning point in my career because it was the first film that I actually got the lead in. I think after I did that film, I realized the responsibilities that come with leading a film, and that’s always going to be a special project to me because it taught me a lot of valuable lessons and just what it means to carry a film. So, yeah, it definitely helped me grow in a way. So this film is always going to be a very special one in my heart.

Watch the trailer for Liza, Liza, Skies Are Grey

In your words, what is the message of this film?

I think the one message that I want the audience to take away is that love has no shapes or forms, and I think when we’re younger, we have this idea of what we think love should look like. In the film, Brett’s going away to move to New York and he’s leaving his girlfriend, Liza, and they’re kind of spending this last summer together.

I think they live from moment to moment. You know, there is this kind of, like time winding down, but at the end of the day, they are just living moment to moment and it’s a beautiful relationship. I hope the audience really takes that away. That love has no form.

There’s no expectation or idea of it at the end of the day. It’s just your connection with the other person. I think in order to have a good connection and a good relationship, you just have to live in the moment and not have an idea or expectations of what it’s supposed to look like.

Throughout the movie, Liza and Brett’s connection is great. They have no problems with each other, but as soon as other people get involved, there’s some kind of drama or struggle. I think that sends a powerful message. Worry about your relationship and the person you’re with and not the outside factors that might be pulling you apart.

Exactly. It’s like you said, especially with Liza’s mom. She’s kind of wedging in between them, in my opinion. It’s all about just staying true to yourself and staying true to the other person and just working through it regardless of any outside influence. 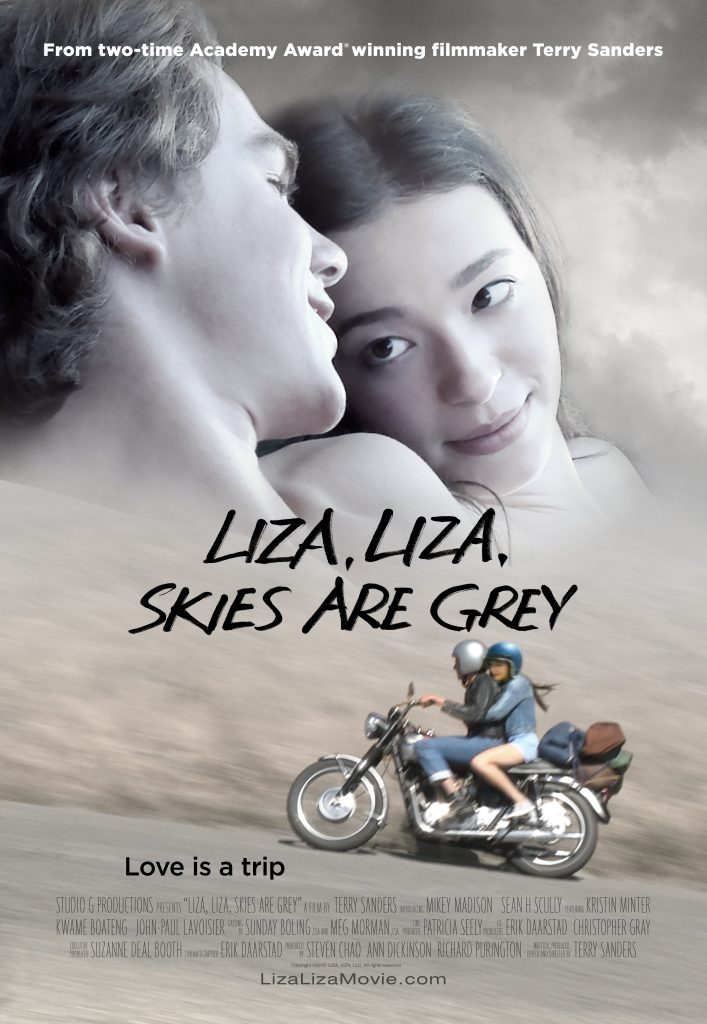 Oh, I love Mikey. I think the one thing that I wanted to bring to my character was having a rebellious attitude but also having a sensitive side when it came to Liza. So, one thing that I wanted to do was to establish a connection and a friendship with Mikey, and I feel like we did that. We became very, very good friends just on set and seeing her every day. She’s very lovely to work with. I loved working with her and she’s just an absolute joy.

I’ve seen her in Once Upon a Time…In Hollywood …

Stuck in a Dream ##foryou ##transition

I saw you had a couple of things coming up on IMDb. Are any other projects you want to share?

Yes. I actually have another film called “The Last Champion”. That should be coming out soon. They just got the press kit together. It’s basically about a scandal-ridden ex-Olympian who returns to his hometown that hasn’t quite forgiven him yet. I don’t want to give too much away from the film. But I do play one of the leads on the wrestling team in the town. I’m very, very excited for it to come out. That should be coming out soon as well.

And I know with quarantine and everything. A lot of things have been on hold, but I’ve been hearing from some other actors that auditions are starting up again. Is that something that’s been true for you as well?

Yeah, absolutely. For the most part, everything is starting to lift and auditions are starting to come in. I do think one thing that I did while I was in quarantine in order to get my creativity out was doing a lot of TikToks each day. That kind of blew up when quarantine hit.

I actually reached 1.3 million followers in about a year. That’s what I’ve been mostly doing to get this creativity out. I think it’s just a great place in general for anyone who wants to get started in acting, singing, or dancing. It’s such a great platform because it’s so big right now to just kind of get started and get your name out there and get a good fan base going.

Yeah, it’s a very good tool for that.

But to go back to your question yeah, auditions are starting to come back in. I’m just excited to see what the future holds for me.

It’s been a pleasure speaking with you. And I look forward to seeing you your next movie and the things in the future.

Well, thank you so much. And it was great talking to you. I appreciate you doing this interview with me.